Hours of Service – The Newest Rules and Exemptions

The hours the driver spends on service have been set to a certain limit by the transportation department. This includes the hours spent per day on service and the total hours spent throughout the week. These regulations have been established for the safety of drivers and to reduce the number of road accidents taking place due to the carelessness of drivers. The time restrictions ensure that the driver is well-rested after they are done with their service. 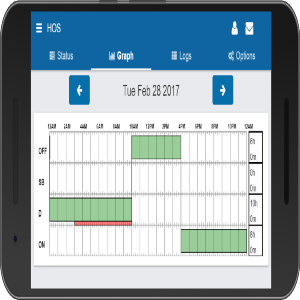 The dot hours of service last 168 hours per week and limits how many hours can a truck driver drive each week. For example, if a driver starts at 12 p.m. in the afternoon on a Tuesday, he would have to continue his service till 12 p.m. of the next week’s Tuesday. The driving time of vehicle is restricted to 11 hours a day although the driver can be on service for 14 hours each day.

According to hours of service rules, the service should begin after a 10-hour break between the services. After driving the vehicle for eight hours consecutively, the driver should take a mandatory break of at least half an hour. The hours of service should not include the breaks for filling fuel and meals. Over seven consecutive days, the driver can’t work over 60 hours on duty.

The split sleeper berth was introduced to make the timings for truck drivers more flexible. It allows the drivers to divide their 10 hours break into shifts of two. 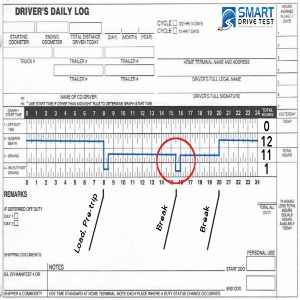 The logbook rules contain a certain set of instruction that the drivers must follow while they are on their service. Following are some of the rules the drivers should follow:

There are certain conditions in which the drivers can be exempted from using the ELD. Some of the electronic logs mandate exemptions are as follow:

The driver can use the commercial vehicle for personal conveyance only when he is on an off duty basic. At the time of using the vehicle for personal conveyance, the driver should be relieved from his duty. The vehicle can be used even when it is loaded as at the time the load is not being transported to its destination for benefitting the carrier. The vehicle can be used for different purposes like:

The ELD devices were introduced in order to easily record the time spent by drivers on duty and also to replace the obsolete method of recording data on paper. The ELD devices reduced the chance of any accidents as they restricted the number of hours the driver spent on duty. These devices were introduced to make the roads safer and free from hazards.

The ELDs have made the roads a safe space for commercial vehicle drivers. It has also made the process of recording data concerning hours spent on duty and off duty much easier and more accurate. The ELD works according to the rules set for hours of service and does not change any rules concerning the hours.

Among the ELD exemptions, is the 16-hour rule. According to this rule, the driver can be on duty for consecutive 16 hours, which means that he can work for an extra 2 hours. This exemption is applicable for drivers who start and end their service at the same location for five days consecutively. After the 16th hour, the driver has to be relieved from the duty.

In order to promote road safety and to ensure one’s own safety, the commercial vehicle drivers should strictly follow the road safety rules which includes the use of ELD devices and following the regulations instructed in the log rule book. This helps in making the roads a safer space for everyone.

Added to wishlistRemoved from wishlist 0

We will be happy to hear your thoughts Henry Salmons is an experienced trucker, creative writer and always eager to help others. He built this site to share his knowledge about trucks and electronic logging devices. All articles are written after in-depth research and careful consideration to help drivers and fleets choose the best ELD solution.

What is Geotab ELD? | Geotab Reviews, Features and How to Order immediately